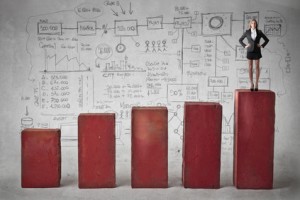 That’s the figure the Office of National Statistics (ONS) came up with when asked by the EU to estimate how much prostitution contributes to the UK’s GDP. A more intellectually honest statistician’s answer might have been “Sorry guys, but we haven’t a clue.” Fair play to them for having a go, but if you look at the detail behind the ONS numbers it is clear they are based on some fundamental misunderstandings of how prostitution in the UK actually works, and some very iffy assumptions.

The background is that countries are required to contribute to the EU budget in proportion to the size of their national economies, as measured by something called their Gross Domestic Product (GDP). So it’s important every country calculates GDP in the same way, which is why from this year various businesses on the fringes of respectability and legality will have to be included for the first time.

What the new rules say is that “illegal transactions to which all units involved consent are included within the production boundary and therefore the relevant items in the National Accounts.” That rules out business activities that make money without consent, such as identity fraud, contract killing or human trafficking. The UK figures apparently already include tobacco and alcohol smuggling, and the ONS also have plans to look at illegal gambling, music and software piracy, and fencing stolen property: all business transactions that are illegal but carried out by consenting buyers and sellers.

For now the ONS has concentrated on two sectors: the manufacture, cultivation and sale of illegal drugs; and prostitution. Both are dealt with in the same paper, which you can read here Inclusion of illegal drugs and prostitution in the UK National Accounts May 2014. There is also a spreadsheet with detailed calculation, which for some reason I don’t seem to be able to link to.

My understanding of the drugs culture is limited to having read a few Iain Banks novels, recognising the distinctive smell of my neighbour’s cigarette smoke and being an occasional user of non-prescription migraine tablets. But I do know a bit about prostitution, so I’ll restrict my comments to that. And although I’m not a professional statistician (unlike Dr Brooke Magnanti – Belle de Jour – who has already expressed her doubts about the ONS numbers) I did, admittedly many years ago, manage to graduate with a Cambridge Maths degree so I’m not entirely ignorant about statistics.

Before we get to the detail I need to say something about a fundamental misunderstanding that runs right through the work done by the ONS. And it’s so important I’m going to highlight it in its own little box.

The ONS have been very good at listing and assessing the validity of their key assumptions, but there is one that is only mentioned in passing, and it’s completely wrong. The ONS have assumed that prostitution is illegal; and of course it isn’t. Street work is illegal, as is managing a brothel, or controlling someone else’s prostitution for gain, but it is perfectly legal for anyone over 18 to work as a prostitute. Furthermore a prostitute’s income is taxable, which they would have known had they asked HMRC, who have a short section of their Business Income Manual devoted to the subject.

It is certainly true that individual escorts very rarely attempt to set themselves up as limited companies, but that’s not because prostitution is illegal (it isn’t); it’s because of an issue in English contract law, which was explored in the Lindi St Claire (Personal Services) Ltd case.

So let’s look at the ONS calculations and the assumptions behind them. For some reason, that I can’t see explained, they have opted to calculate what the GDP would have been in 2009. Other than that the calculations are very simple – even simplistic – and they go like this:

In case you’re scratching your head at some of these estimates (or wild guesses) the ONS do helpfully tell us where they came from.

The main source is an Eaves – Poppy Project report which estimated the number of prostitutes working in London in 2004. It appears that they did this by ringing every massage parlour, working flat and escort agency they could find and asked how many girls they had working. Their main conclusions were:

From these two statistics the ONS have concluded there were approximately 7,000 off-street prostitutes working in London in 2004. The Metropolitan Police have given an estimate of 115 working on the street at any time. Giving a total for London of 7,115.

The ONS have then assumed the ratio of prostitutes to the general population will be the same across the country to arrive at a figure of 58,000 for the whole of the UK. They do admit that the ratio is probably higher in London but say that as the London numbers are probably an under-estimate this does not matter.

There are huge, huge problems with these numbers.

One of the difficulties the ONS have created for themselves is that instead of looking at each business sector separately – escorts, parlour girls, street workers etc – they have opted to lump them all together. The reality is that they work in completely different ways so attempting to estimate the average number of clients per week across all sectors is fraught with difficulties. Their estimate of 25 per week comes from a Netherlands study. Alongside this is an assumption that every prostitute works 52 weeks per year.

The figure of £55 is derived from the ONS own research – research into the Punternet Field Report database!

The ONS have deducted their estimate of a prostitute’s business expenses (which they call intermediate consumption) because expenses will already been measured as part of the output of some other business. The expenses included are rent, clothes and condoms. The calculation of rent is complicated and explained in little detail, but the figures for clothes and condoms come from Dutch research, which evidently found that the average expenditure on clothing was €125 per year and on condoms €0.50 per client.

Does the ONS result look reasonable?

Well, no it doesn’t.

In her Telegraph article Brooke Magnanti suggests the ONS might have got their sums wrong by a factor of 10. She also recommends they could get more accurate results by surveying some real life sex-workers. It would certainly be good to have some statistically robust figures on the size of the prostitution sector, the true extent of sexual trafficking, and how much tax is contributed to the economy by sex-workers, instead of having to rely on selective data peddled by organisations with an axe to grind.

And the ONS could always ask HM Revenue & Customs?

PS The Irish statisticians are going through the same exercise. Wendy Lyon has written an excellent piece about National Accounts and Prostitution from an Irish perspective.